Semper Surf! A Few Good Marines (And Others) Hit the Waves

Join the Marines and Surf. You won’t find that slogan on a recruiting poster, but one enlisted man says he did just that. 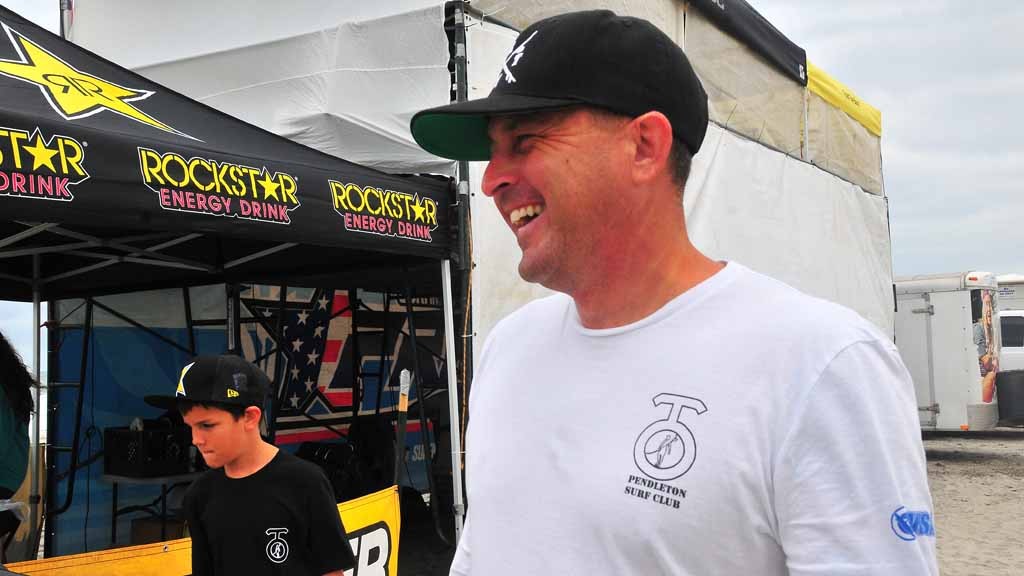 “I followed my dream and here you see it,” said Master Sgt. Eric Franklin, who oversaw a Pendleton Surfing Club surfing competition Saturday at Del Mar Beach on base. About 60 members of the Marines, Navy, Air Force and Coast Guard took part in the daylong event — the first for his newly formed club. “I joined the Marine Corps to surf,” said Franklin, who started hitting the waves at age 15. At age 18, when he enlisted, he asked to be stationed at a West Coast base. It would be a chance to live on the beach and be employed at the same time. “We have it made here,” he later told a fellow Marine.

Franklin organized the surf club in October, although a group of military members have been hanging out at the beach in search of good waves for about 12 years.

The club now boasts 130 members, including several women. About 30 wave-riders joined Saturday during the competition. A second contest is planned for October near San Onofre. 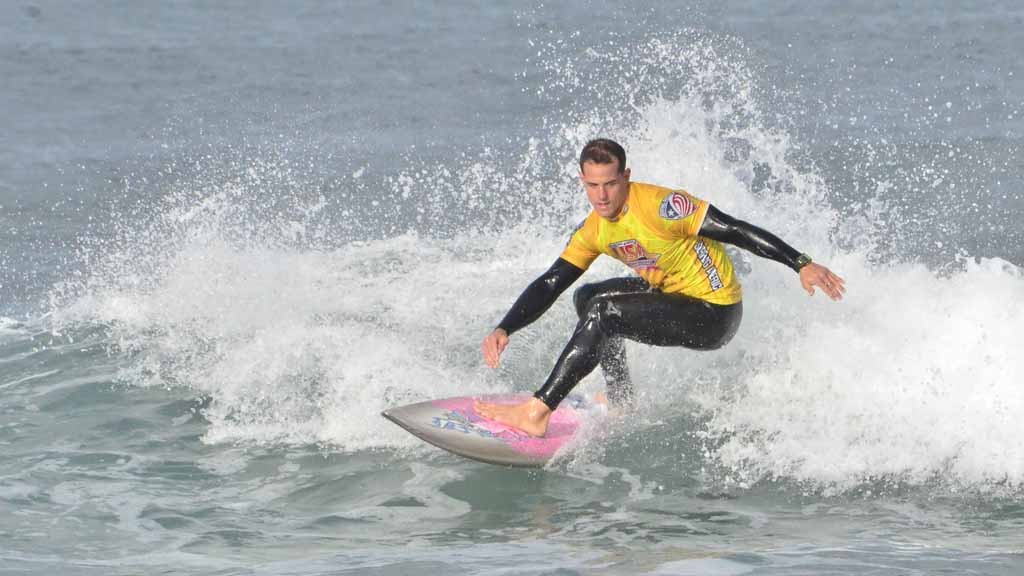 Clinton Manley of the U.S. Air Force catches waves in the first heat of the Pendleton Surf Club’s inaugural competition. 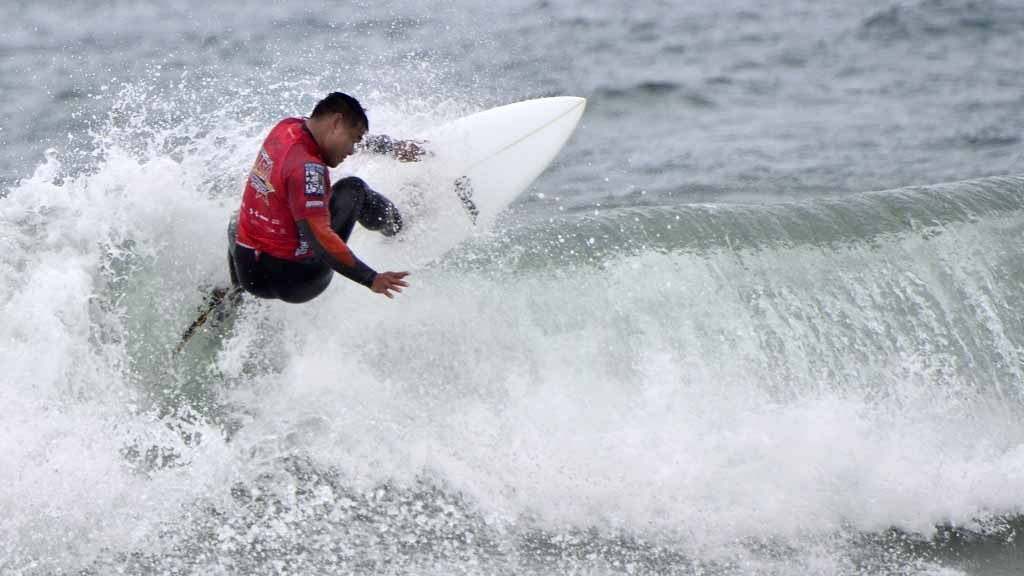 Randy Adalin of the Navy scores points in the early rounds of the Pendleton Surf Club’s inaugural competition.

Kuilee Murphy of the U.S. Coast Guard advanced to later rounds because of his skills. 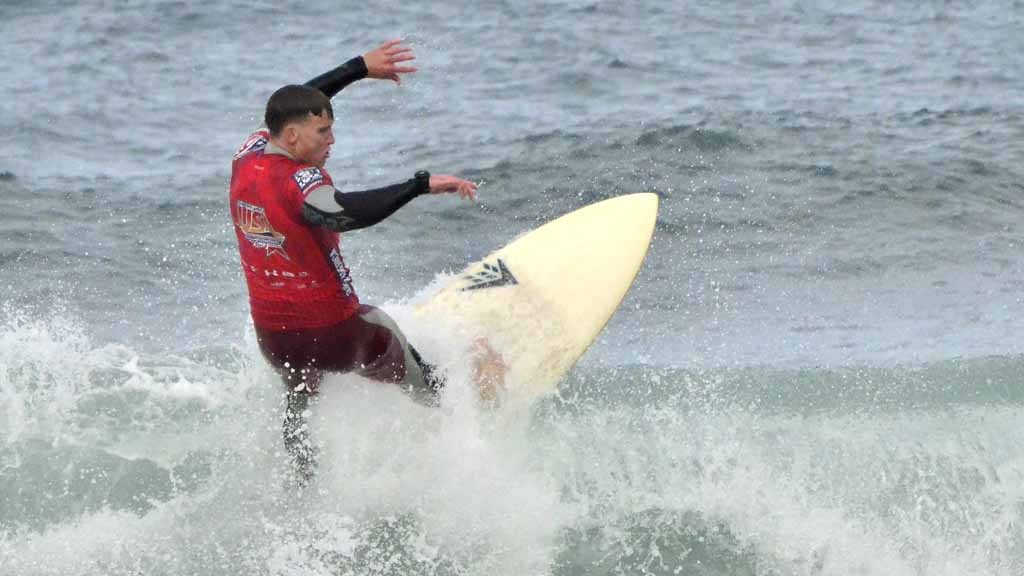 Benjamin Cole, a Marine who recently returned from a deployment in Afghanistan, enjoys the surf.
Among the competitors was 1st Lt. Benjamin Cole, who said he “didn’t have his sea legs yet,” having recently returned from an 11-month deployment in Afghanistan. “It’s a great stress reliever. It’s really fun,” said Cole, who likes to surf on weekends and after work. “It’s the closest I can get to Mother Nature and God.”

Military people need a hobby or sport to release stress. … If I surf in the morning, nothing fazes me throughout the day.”

Ferguson’s wife, Kaitlyn, said she likes to see her husband surf, saying: “When he’s out in the field all day, I tell him to go out surfing before coming home.”

This was Ferguson’s first competition, although he has surfed four years.

“I wasn’t used to the timeline and competing for the same wave,” he said.
The event began at 7 a.m., and the wind and overcast skies led spectators to bundle up. The wind also made the seas choppy and lowered surfing conditions to only fair.

But it didn’t damper the spirits or enthusiasm of the competitors. And children of the surfers dug in the sand and splashed in the waves.

While military members were jostling out in the water to be in position to score points on the board, on the beach servicemen said it was all friendly competition because of the bond their have with each other.

Original story and photos by Chris Stone – published May 16, 2015 in Times of San Diego.