CAMP PENDLETON, Calif. — “Esprit de Corps.” It is the pride, brotherhood, and common loyalty that binds every Marine together, regardless of generation, age, and experience. From the forests of Belleau Wood, to the volcanic sands of Iwo Jima, to the thick jungles of Vietnam, and the vast deserts of the Middle East. This slogan underscores what sets the United States Marine Corps aside from other branches. It is the pride of belonging to something that is greater than yourself, and that has motivated countless Marines to join the world’s most lethal fighting force throughout the history of the United States.

Embedded in recruits and carried with Marines throughout their career, this pride and brotherhood is seen thriving in every active duty Marine, veteran, and retiree. 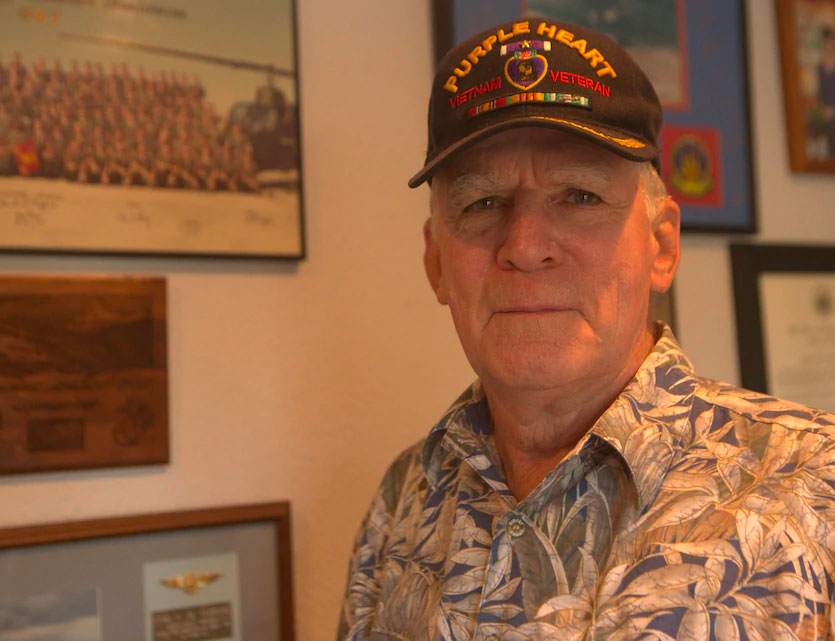 {
“I’ve often said ‘If you only have one life to live, why not live it as a Marine. Once you’re a Marine you’re always a Marine.”

Franklin, a Crookston, Minnesota, native, believes there is a strong bond between Marines whether they are active duty or retired.

“It never goes away, when you meet another Marine it’s ‘Where were you? What’d you do?’” Franklin said. “It’s bred into you. Every thought process that I use is from ‘JJ DID TIE BUCKLE,’ the leadership traits and principles and the general orders. Until the day I die I’m still going to use what the Marine Corps taught me to survive.” JJ DID TIE BUCKLE is an acronym used by Marines that represents the Marines Corps’ leadership traits such as justice, judgement, dependability, and so forth.

Stationed on MCB Camp Pendleton for most of his career, Franklin, an avid surfer, used surfing as a way to get away from the stress of work, and create a bond with his Marines.

Franklin started The Pendleton Surf Club which is open to active duty servicemen and women of all branches, as well as retired personnel and Wounded Warriors to help with morale and camaraderie.

“What ties us together is just that common bond,” said Franklin. “If we go to combat we know we’re going to take care of each other.”
Retired U.S. Marine Corps Master Gunnery Sgt. Terry Pede served from June 1974 to July 2005 as an infantryman. Pede deployed multiple times in support of Operation Enduring Freedom between 2000 and 2004.

Pede, a St. Vincent, Minnesota, native, worked on MCB Camp Pendleton for 14 years after retiring from the Marine Corps.

Taking ownership of everything he did is what kept Pede going through his over 31 years of faithful service to his country.

“Whatever you do in this world, take ownership of it,” Pede said. “As a recruit, to a master guns, to a civilian here on Pendleton I kept that philosophy.”

Retired U.S. Marine Corps Col. Skip Curtis served from January 1965 to July 1996 as a pilot. Curtis deployed to South Vietnam during the Vietnam War.
Throughout his time in Vietnam, Curtis, a Temple, Pennsylvania, native, said what kept him going was letters from his wife, which at the time took 10 days to receive. During his last flight in Vietnam he earned his second Purple Heart after he and his crew we shot down.

“It was one of those things that happened that I’ll never be able to forget,” Curtis said. “What did I do that day? Just flew the helicopter.”

Curtis believes what ties all Marines together is the sense of accomplishing something many people dream of.